Among the toughest barriers to effective treatment for Obsessive Compulsive Disorder (OCD) is insufficient training among mental health treatment providers providing therapy for this condition. While many graduate programs do provide an overview of the OCD counseling process, they do not offer specialized training for this specific condition. As such, most psychotherapists are likely to have only a limited understanding of OCD, and moreover, of appropriate treatments for it.

Like many therapists, I knew little about OCD – or its unique treatment requirements – prior to 2013. I was, however, aware that people dealing with OCD can have compulsions like excessive  hand washing, or the urge to frequently check doors or stove knobs, but that was the extent of my knowledge. Until that point, much of my career – in excess of 20 years – had been focused on working in private practice and various treatment programs with clients who had other diagnoses. In particular, I specialized in treating eating disorders within my private practice. Since I had also experienced an eating disorder during my 20s, I knew that all eating disorders – mine included – are among the most challenging obstacles one can face. And like many people who are struggling with OCD, I learned that finding appropriate help can be quite difficult.

Like many people with OCD, my first efforts to find treatment for my eating disorder were unsuccessful. Because I was neither emaciated nor overweight, I didn’t “look” as if I had an eating disorder at all. In this way, my experience was similar to what some people with OCD go through, such as when they don’t excessively wash their hands or check doors or locks. In many cases, they may frequently be misdiagnosed by mental health professionals who are not properly trained.

My introduction to OCD came rather unexpectedly, thanks to a long-term client whom I had already been treating for anorexia nervosa. I grew to know Rebecca (not her real name), along with much of her family, over the three-year period that we worked together. In my experience, Rebecca was an absolutely wonderful person. During one therapy session near the end of her treatment process, Rebecca seemed quite uncomfortable and anxious. Then she explained that she needed to share something that she hadn’t told anyone before – including her mother, with whom she was quite close. When I sensed that she feared being judged, I assured her that nothing she could say would change how I felt about or regarded her. With this reassurance, Rebecca then revealed that since age five, she had experienced terrible images and thoughts of herself hurting her mother, whom she deeply loved. I replied that I was sorry that she had been suffering with this all alone for so long (she was 22 years old at the time), and further that I did not know exactly what the images actually meant. However, I did assure her that she was not “crazy” (which was her fear). I also wondered to myself, “So why don’t I know anything about this?”

It’s important to note that Rebecca had absolutely no history of violent behavior, nor of harming anyone for any reason. At the time, she had nearly recovered from her eating disorder and was working in a challenging career that was also her passion. Fortunately, she intuitively knew that the disturbing images and thoughts she experienced didn’t reflect who she was – or ever aspired to be. Still, she simply could not understand why she continued to experience these images, which made her deeply ashamed.

With this new information, I asked Rebecca if she would be comfortable letting her mom join us during our next session. This would allow me to support her while she told her mom what she had experienced alone for so long. Rebecca agreed and when she admitted to and explained the images, her mother immediately hugged her. She also told Rebecca that she was not afraid of being hurt by her. After the session, I reached out to a local therapist specializing in anxiety disorders. In discussing Rebecca’s situation on the call, the treatment provider told me that OCD can take many forms and that the condition was treatable by using special techniques. After this, I referred her to the same specialist for treatment, while she and I continued to work on her eating disorder recovery. After recognizing that my detailed knowledge of OCD was limited, I became keenly interested in learning as much as possible about the condition. In doing so, I read numerous books on the subject of OCD treatment, and then over time began to notice and identify its symptoms in many clients that I was already treating for eating disorders. Among many things that I learned about during this process was a key 2004 study. It found that 64% of the individuals suffering from eating disorders also have at least one anxiety disorder, and furthermore, that 41% of these people additionally have OCD (Kaye et al., 1993).

Next, I started researching how to receive effective and competent training so that I could treat OCD. In doing so, I discovered the International OCD Foundation (IOCDF), which periodically  offers a specialized training program through the Behavior Therapy Training Institute (BTTI) in different locations around the US. Fortunately, the next training opportunity was already scheduled to occur in Pasadena, California, only about two hours away from where I lived. Upon inquiring with the IOCDF, a representative told me that getting a spot in the training program was  competitive, but added that I should call on a certain day and time to reserve a place. I planned ahead and called at the right time, and was thrilled to get accepted into the program.

Extending over 2 ½ days, the training was a deep immersion into OCD, including its causes and treatments. During this crucial program, I learned how to treat OCD using a specific style of  Cognitive Behavioral Therapy (CBT) known as Exposure and Response Prevention (ERP). With multiple experts presenting throughout the program, to be honest, I was overwhelmed at first – there was just so much new information to absorb and consider. At the conclusion of the weekend, I was then directed to continue my training process by being supervised by a licensed
therapist, in my case, a psychologist, with extensive experience treating OCD. Over a six-month period, I was supervised while working with a client with OCD using exposure and response  prevention therapy, and upon completion, became certified by the BTTI as an OCD Specialist. In 2014, I attended the IOCDF Conference in Los Angeles. This became another outstanding learning
experience, as it included numerous seminars and workshops directly focusing on OCD and its effective treatment. This conference, combined with my previous BTTI training and the many OCD books I had already read, created a strong foundation for my future OCD practice. However, I further continued my training by taking an online certification course that specifically focused on
treating both OCD and Anxiety.

From here forward, I continued to build professional experience working with OCD clients until 2015, when I was hired full-time by the OCD Center of Los Angeles. In this new role, I received additional training and over a period of nearly seven years treated hundreds of clients with all subtypes of OCD as well as other anxiety-related disorders. Other conditions I treated included Generalized Anxiety Disorder, Body Dysmorphic Disorder (BDD), Social Anxiety, and Phobias including Emetophobia (fear of vomiting). Additionally, I treated Body-Focused Repetitive Behaviors (BFRBs) such as Trichotillomania (compulsive hair pulling), Excoriation (compulsive skin-picking) and worked as an adjunct therapist on eating disorder treatment teams as the OCD specialist or exposure therapist for clients with Avoidant Restrictive Intake Disorder (ARFID).

As a result of my education, training, and professional experience I learned how to create an effective OCD treatment plan focusing on three key techniques included in Cognitive Behavioral  Therapy (CBT):

1. Cognitive Restructuring
As the “C” part of CBT, cognitive restructuring helps clients respond effectively to intrusive OCD thoughts. After learning how to “restructure” these thoughts, OCD clients can challenge their  previous irrational thinking processes or patterns and gain an alternative, and more rational and balanced interpretation of their unwanted, distressing thoughts.

2. Exposure and Response Prevention (ERP)
As the “B” part of CBT, exposure and response prevention helps clients face their fears directly. ERP involves a gradual exposure to anxiety-provoking thoughts, feelings, and situations while  choosing not to do their automatic response or compulsion. The goal of ERP is to gradually practice a new, effective way of responding to the disorder while refraining from doing compulsions.  Through this process, clients learn to tolerate anxiety and discomfort while gradually learning these fears are not so important and dangerous. Essentially, applying CBT and ERP together is currently regarded as the most effective and best evidence-based OCD treatment.

3. Mindfulness Training
In mindfulness training, the goal is learning how to change our relationship with unwanted feelings, thoughts, urges, and sensations – and then to respond to them in a new, different, and skillful way. With practice, mindfulness can teach us how to allow uncomfortable internal experiences, and to do so without judgment. We learn that by not engaging with these unwanted thoughts and  feelings, they eventually go away on their own. Through mindfulness training, clients learn how to tolerate the discomfort that comes with not doing a compulsion, which is a valuable tool when doing Exposure and Response Prevention.

I have found that just like helping clients with eating disorders recover, helping clients find recovery from OCD and anxiety-related disorders is extremely rewarding. Working with clients to  understand their symptoms, and then supporting them through all the hard work that ERP entails, is a privilege. And today, I still remain thankful to Rebecca who can never know just how much her courage to be vulnerable in one session with me could end up helping so many others. 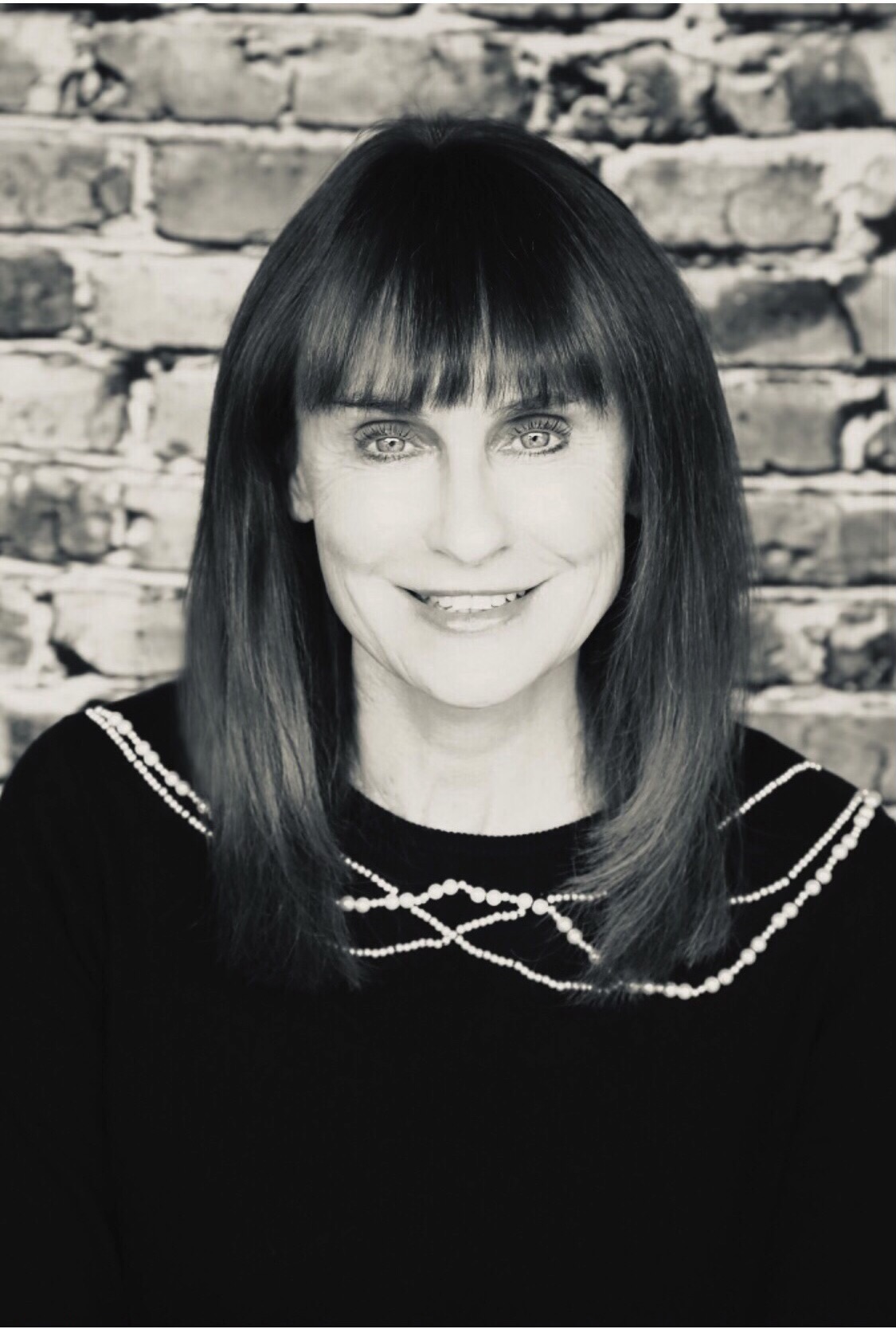